To those who argue; “They broke the law so they get what they deserve.”

The man pictured below, a slave named Gordon (aka, Whipped Peter), broke the law. He was whipped for it. Whipped so viciously that when asked, said that he did not remember the whipping. Gordon escaped from his master in March 1863 and made his way to a Union camp where this picture was taken.

Did he deserve this? Cause, that whipping, it was legal. Let me reiterate that… IT. WAS. LEGAL. That whipping was also probably the least of the punishments that his master was legally allowed to give him depending on his “crime.”

Whipping a recalcitrant slave was perfectly legal in the South. And not just in the time of the Confederacy, but well and truly before the secession of the southern slave states when they were part of the United States, and even before when we were a series of independent colonies under the British Crown. A study of slave laws of the period is a study of humanity’s penchant of violence against his fellow man and man’s ability to rationalize any crime against his fellow man. In the near future, the actions of this country will be entered into the history books along side those evils.

We are supposed to be the Shining City on the Hill.

John Winthrop, the man who cribbed that phrase from the Bible wanted his colony to become an example of communal charity, affection, and unity to the world. How can we be that while practicing an evil that is inexcusible?  One thing Winthrop did get right, the eyes of the world, the eyes of all people are upon us.

I have to wonder if John Winthrop would be ashamed at what we’ve become. I know I am. 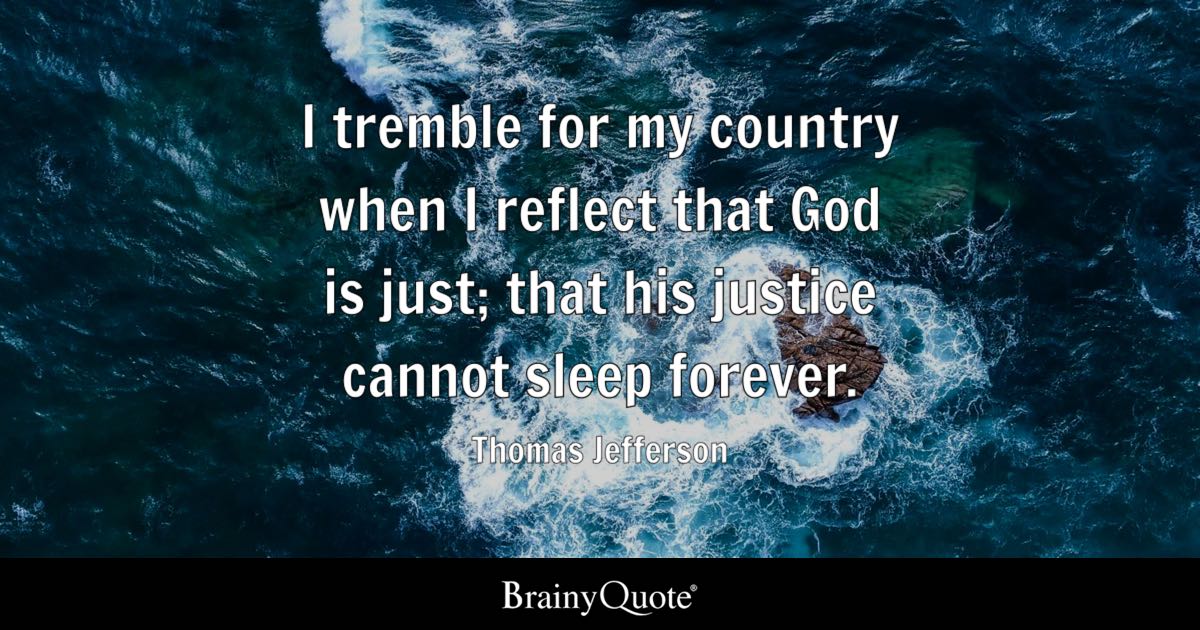